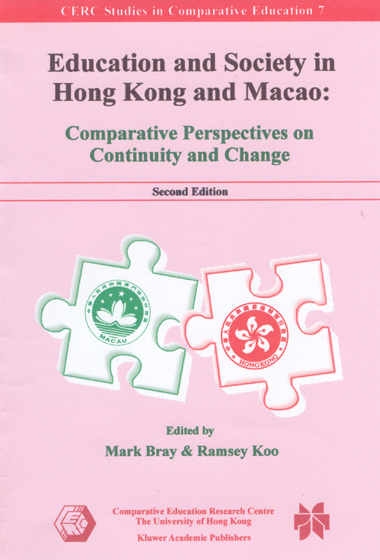 Order from CERC or online

Hong Kong and Macao have much in common. The dominant populations in both territories are Cantonese-speaking Chinese; both are small in area; both are urban societies; both have been colonies of European powers; and both have undergone political transition to reunification with China. Yet in education, for reasons that are analysed in this book, they are very different.

The patterns of similarities and differences in the two territories make a fascinating basis for comparative study. The overarching theme of the book, on continuity and change, is particularly pertinent following the transition of the two societies to the postcolonial era.

This thoroughly-revised and expanded second edition builds on the widely-recognised first edition. The work has been acclaimed as a significant contribution to the broad field of comparative education as well as to study of the specific societies which are its main focus.

Mark Bray is Chair Professor of Comparative Education at the University of Hong Kong. Ramsey Koo is a Senior Lecturer at the Hong Kong Institute of Education. Both have long experience of research on education in Hong Kong and Macao; and both are active in professional societies concerned with comparative education. 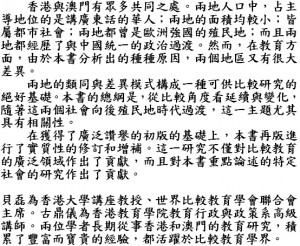 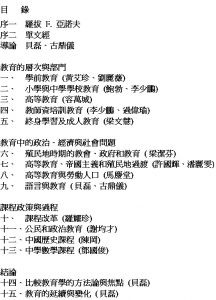