CERC is pleased to announce that a new research project “Parental demand for shadow education: Contexts, processes, determinants and outcomes” secured funding from the Czech Science Foundation in which Dr Nutsa Kobakhidze will collaborate with the Principal Investigator of the project Dr Vít Šťastný.

This marks the continuous collaboration between CERC and the Institute for Research and Development of Education, Faculty of Education, Charles University, Prague. One of the recent outcomes of this collaboration is Orbis Scholae’s special issue “Throwing Light on Shadow Education” in 2020 which was edited by Dr Vít Šťastný and Dr Nutsa Kobakhidze. Full text of the special issue can be found here https://bia.is.cuni.cz/data/casopis/1201/Orbis%20Scholae%202020_Shadow%20education%20final.pdf.

Following the launch of the CERC book Shadow Education in Africa: Private Supplementary Tutoring and its Policy Implications, efforts have been made to reach diverse audiences. Two channels for doing so are:

The book is also the focus of a FreshEd podcast during which Professor Bray was interviewed by Will Brehm.

The FreshEd interview was wide-ranging, and touched on Brehm’s own studies of private tutoring in Cambodia. His book Cambodia for Sale: Everyday Privatization in Education and Beyond has just been published by Routledge. It is based on his PhD thesis completed at the University of Hong Kong. The remarks during the podcast showed some similarities between parts of Africa and of Southeast Asia.

As a co-sponsor of the 2021 annual conference of the Comparative Education Society of Hong Kong, CERC welcomes comparative education researchers from around the world. The greeting message from Dr. Anatoly V. Oleksiyenko, CERC Director can be watched below.

This year’s theme is “Geopolitics of Knowledge and Education Policy”. The schedule and registration details are available at https://sites.google.com/view/ceshk-conference-2021/home (Zoom links embedded). You can still sign up!

Journal of the WCCES has recently published a bibliographical article about Professor Mark Bray and his distinguished career:

Mark Bray’s profile is a biographical sketch of his contributions to the field of comparative and international education (CIE). This profile also documents his distinguished career in which he rose to senior leadership positions in higher education and international development organizations including UNESCO. Mark served as President of the World Council of Comparative Education Societies (2004-2007), Director of UNESCO’s International Institute for Educational Planning (2006-2010), and as President of the Comparative Education Society of Hong Kong (CESHK) and the US-based Comparative and International Education Society (CIES). The article is based on multiple data gathering techniques and oral interviews. Highlights include a review of some of Mark’s key career milestones, leadership positions and accomplishments, as well as several publications that have helped shape and impact CIE worldwide.

We are attaching the full article for your convenient reading: Profile of a Comparative and International Education Leader: Mark Bray by W. James Jacob.

Freedom to teach and freedom to learn (Lehrfreiheit and Lernfreiheit) have become imperatives of research universities that followed the Humboldtian model of higher education and shaped the benchmarks for reputational performance, competition and hierarchical stratification over the last few decades. Freedom and responsibility have become a conflictual dichotomy in the studies of higher education as markets and hierarchies became two major domains shaping and distributing status goods in most societies. Defining a good in the context of international higher learning has become also problematic as freedoms of mobility, inquiry and argument implied strategizing often in disregard of ethics, politics, and social discourses. The literature in the field of global mobility and higher learning has provided a range of examples where advantages for some have been raising anxiety and competition for access to status goods worldwide. Alas, the literature has provided little insight into how freedom of teaching and learning comes into play with social responsibilities in various cultural domains and political systems.

With increasing influence of illiberalism, freedom should not be considered or interpreted lightly. Academic freedom, for example, has never been challenged as much as it is today when the post-truth societies primarily make universities battlefields of politicized emotions and expressions. At the same time, with intelligence commodified, reified or marginalized, the freedom of mobility can entail a fight for entitlements or an escape from local responsibilities. The decline of academic freedom or the absence of forces to defend it are related challenges. These challenges grow as the competition of ideas, sometimes under the rubric of academic freedom, often implies the power struggle and questioning of statuses in the so-called “marketplace of ideas”. Competition per se becomes more important than human dignity, which was originally supposed to expand and strengthen under freedoms to teach and learn. What had been happening to these freedoms across different subject positions and cultures of higher education, remains largely underexplored.

As the waves of globalization encourage rethinking the freedom to teach and the freedom to learn, this project will engage scholars from around the world to rethink the currency of ideas, concepts and practices related to dignity, freedom, independence, and responsibility in higher education. Are there sufficient freedoms to teach and to learn in modern colleges and universities these days? Are they linked effectively with academic responsibilities? Do these freedoms as they are perceived and/or practiced within and across diverse geographic contexts align effectively with requirements to enhance human dignity? How do freedom to teach and freedom to learn get shaped by relationships of students and scholars to each other and to structural aspects of higher education and the marketplace of ideas? What is still missing in the current discourse and applications in classrooms, online spaces, etc.? What are the implications of the presence or absence of these freedoms in the post-truth world, and the expanding illiberalism and hybrid wars? Developing critical responses to these and other questions through comparative research, will enhance our insight into how tensions between freedoms and responsibilities are managed and resolved in this “brave new world.”

We are inviting scholars of comparative and international higher education to participate in the CERC/Springer publication project. We look forward to receiving extended abstracts (circa 800 words) by August 1, 2019. 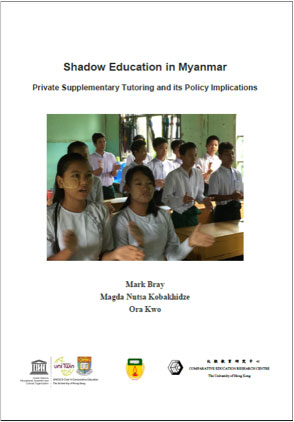 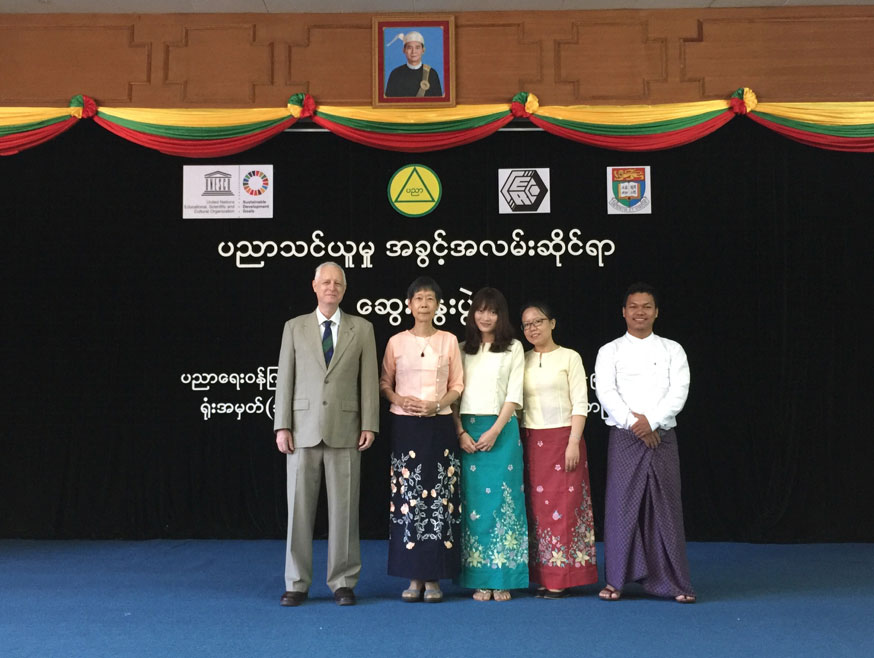 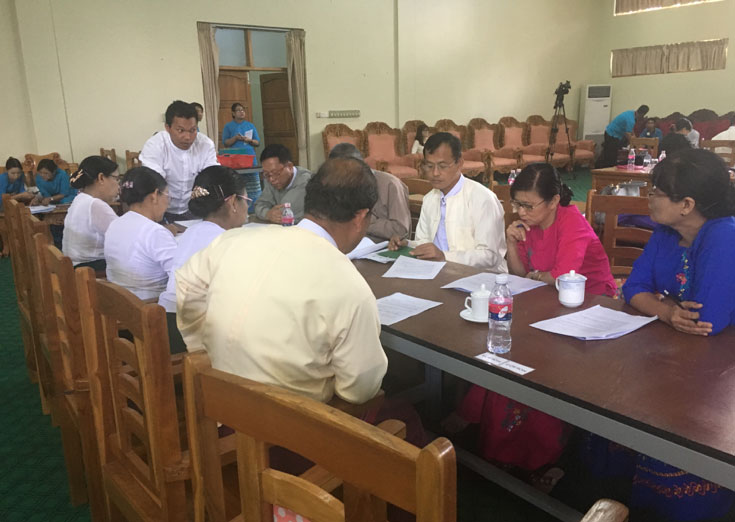 If you are interested to contribute a paper, please first submit a letter of interest by sending us the title and the abstract (about 500 words) of a prospective paper by February 28, 2019 (vit.stastny@pedf.cuni.cz and nutsak@hku.hk).

The issue will be published by the end of 2020. More information about the journal and the special issue can be found on this website.

It is generally assumed that education contributes in diverse ways to the achievement of social progress, equipping individuals with skills that enhance their employability, health, family life, civic engagement and overall sense of fulfilment. On this basis, providing quality and inclusive education has been set as one of the United Nations’ sustainable development priorities (SDG4) to be achieved by 2030. However, international understandings not only of what quality and inclusivity entail, but of the social vision to whose achievement education should contribute, remain widely divergent. Meaningful cross-national debate over best practice with respect to pedagogy, educational governance, schooling for girls or minorities and a range of other matters assumes consensus over the fundamental goals of schooling – a consensus that in reality remains elusive.
Scholars in the field of comparative and international education have challenged melioristic approaches to education ever since Marc-Antoine Jullien proposed a science of educational comparison based on supposed facts in 1817. But unreflective meliorism and narrow economism continue to dominate much education policy debate, fuelled in recent years not least by official and media responses to the OECD’s PISA tests. A pressing task for scholars in Asia and beyond is therefore to challenge each other – and the wider public – to reflect on what we mean when we talk of education as an instrument for social progress. Precisely what visions of a better society do we aspire to progress towards? How can education contribute to such progress? And to what extent should we see education not only in instrumental terms – as a tool for achieving progress, however defined – but also as constitutive in itself of the good life for which we aim? With these questions in mind, we have selected as the theme for CESA’s 2018 biennial conference “Education and Social Progress: Insights from Comparative Perspectives.”
Reflecting on such questions should also prompt us to reconsider our own mission as educational comparativists: What is the main purpose of comparative education? What have been the contributions of different traditions – from Asia and beyond – to the development of comparative research and the shaping of the concerns that inform it? What insights or perspectives have been overlooked in this process, and how might the field benefit from their incorporation? What theoretical and methodological approaches should comparativists adopt in order to investigate educational issues not merely from a narrowly utilitarian perspective, but also take account of the ethical and cultural complexity that is inescapably associated with them?
CESA’s 2018 conference will be held on 10–12 May 2018 in Siem Reap, which is home to the world’s renowned Angkor Wat and many other archaeological and cultural sites. We invite abstract proposals for papers, panels, poster sessions and workshops dealing with all aspects of education – formal, non-formal or informal, at all levels from early childhood to college and beyond. Proposals should address one of the following subthemes:

Proposals must be in English, which is the language of the conference. They should be between 250 and 300 words for papers and 500 and 750 words for panels. When submitting your proposal, please include the following information:

Proposal submissions, which open in mid-August 2017, can be made through email: cesa2018cambodia@gmail.com. The deadline for submissions is Wednesday, 15 November 2017 at 11:59 p.m. (GMT+7). All abstracts will go through a review process and submittees will be notified by late December 2017. For further information about the conference, please visit https://cdri.org.kh/cesa/ or contact Mr Keo Borin, conference coordinator, at cesa2018cambodia@gmail.com.

CERC is featured in the latest issue of Education Matters (Vol. 14 No. 1 2016). The cover story is  about the work done by the Shadow Education SIG, entitled ‘Private Tutoring: Out of the Shadows, Into the Limelight’. To view the entire issue, please click here.