Contemporary African education systems have their roots in colonial eras. Though it would be naïve to say that colonialism had no merits at all, colonial education in Africa was characterised by glaring injustice and inequalities. After independence, the various liberation movements proclaimed top priority to reconstructing education to meet the needs and realities of African societies. Yet, the realities remain far from the pioneering ambitions.

Focusing on education in Eritrea, this seminar will emphasise issues of inequality and social justice. Eritrea was an Italian colony between 1889 and 1941, was under British military administration for a decade, and merged with Ethiopia in 1952. The federation of Eritrea with Ethiopia was imposed against the wish of many Eritreans, and a war of liberation from Ethiopia led to Independence in 1993.

Like many other African nations which emerged from liberation wars, post-colonial Eritrea is still building an education system with a vision for reconstruction and development. Drawing on personal experiences and on empirical research for his PhD studies, Tedros Sium will highlight the features of the education system, key policy issues, and some of the constraints.

Tedros Sium Mengesha is a PhD student from Eritrea in the HKU Faculty of Education. His own schooling was organised in the bushes of armed struggle by Eritrean freedom fighters. Following Independence, he continued his education both locally and in the UK for Bachelor’s and MEd degrees. Immediately before coming to HKU, he was Director of the Human Resources Development Division in the Ministry of Education.

Visit to a Japanese Juku 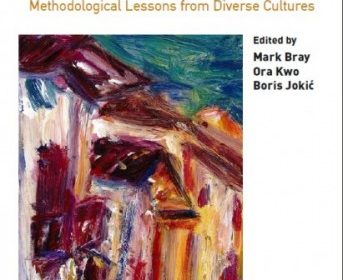 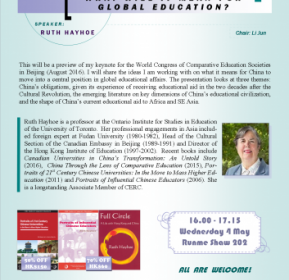 China in the Centre: What Will It Mean for Global Education? 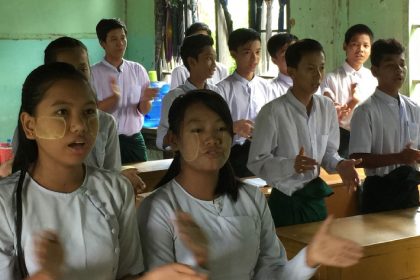