Papua New Guinea (PNG), the largest country in the South Pacific with a population of 7.5 million, achieved Independence 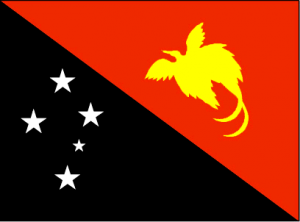 from Australia on 16 September 1975. To mark that event, a National Education Conference assessed progress and looked ahead.

CERC’s Mark Bray (pictured here with a participant dressed in the colours of the national flag) had worked in PNG during the first decade of Independence, and was invited back as the opening keynote speaker. He recalled patterns in that decade and linked them to international picture including the Sustainable Development Goals just approved by the United Nations in New York. 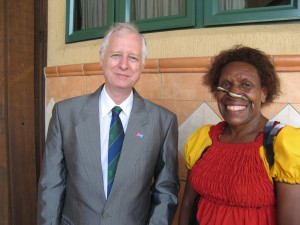 nown for its highly decentralized system, requiring internal comparison between provinces. Mark Bray had highlighted this theme in his 1984 book Educational Planning in a Decentralised System: The Papua New Guinean Experience. Equally, t
he event was an occasion for international comparison with peers – and, of course, for comparisons over time.

The event highlighted great achievements during the decades, albeit with much remaining to be done. A video news clip may be accessed here. 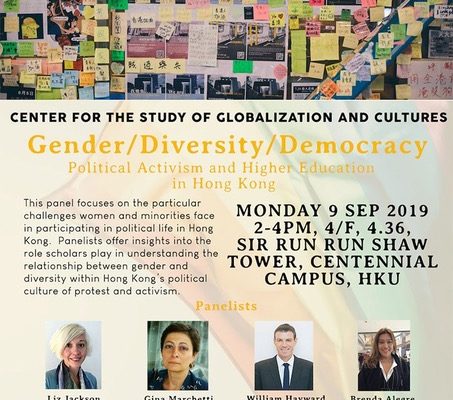 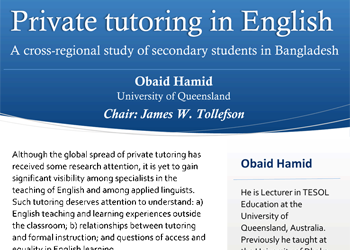 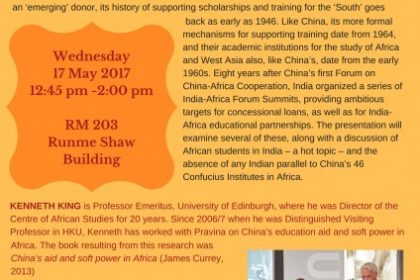 India’s Aid and Soft Power in Africa: The Case of Education and Training